Meet Two Young Adult Leaders who participated in our inaugural Get out the Vote campaign! 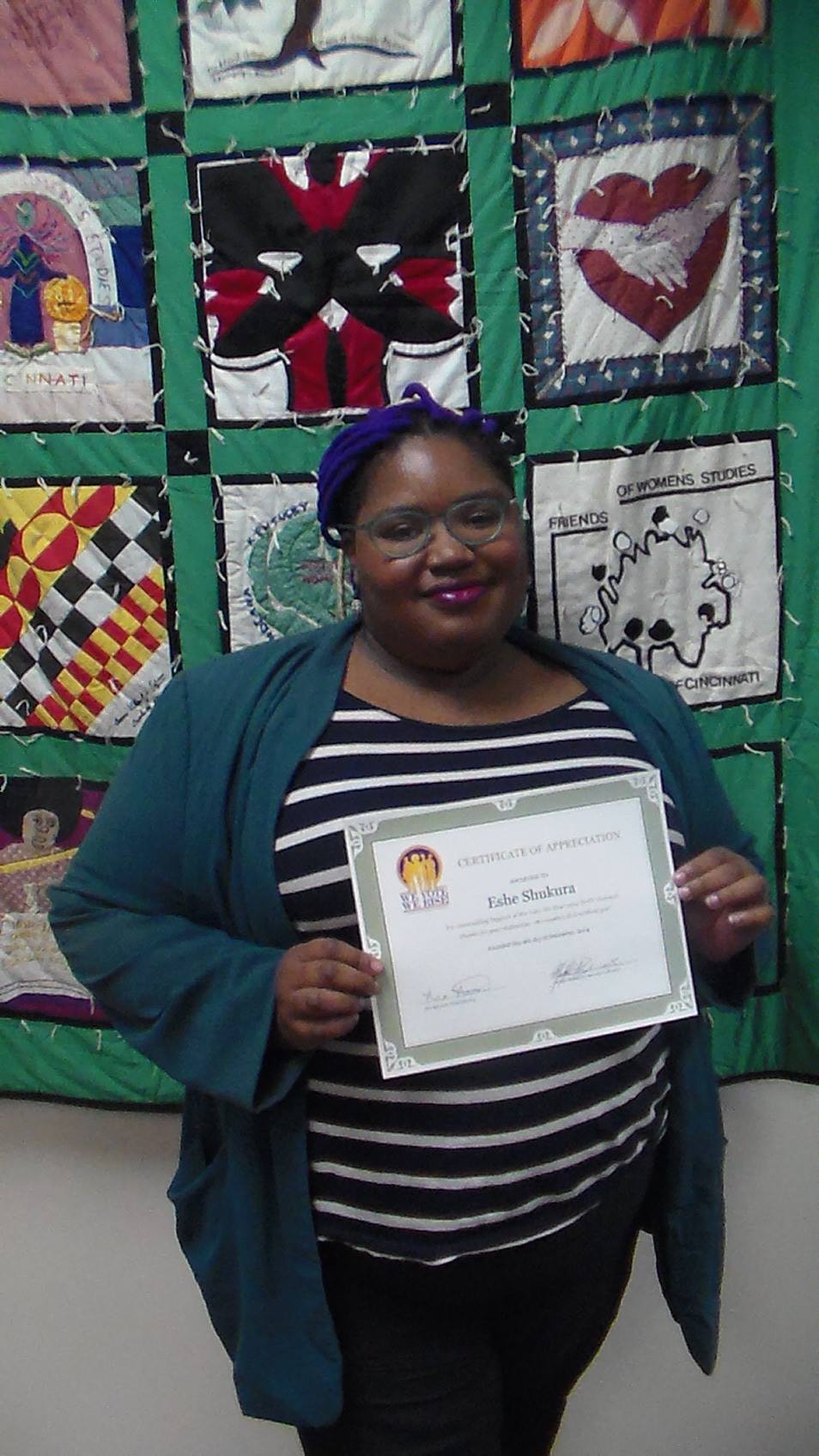 “My name is Eshe Shukura. I am 24 years old and a recent graduate of Hampshire College with a BA in Liberal Arts emphasizing in Theatre. I am a long time youth activist, I was active in youth organizations such as the Project South Institution for the Elimination of Poverty and Genocide Youth Council and the Youth Ensemble of Atlanta, a company known for their thought provoking plays. Most recently I have been marching and protesting in support of the people of Ferguson and the demilitarization of the police. I also encouraged local people to GOTV in the midterm election with We Vote We Rise.

The founding of We Vote We Rise, offered so many young people, including me, an opportunity to engage in the electoral process.  Voting is often an afterthought for many youth of color, who struggle to see the collective power of their voices. We Vote We Rise offered a paid position that put young people of color at center of the midterm election through door to door canvassing and phone banking. We gained power through being vessel of agency for the voters we outreached to; reminding them to vote and surveying them about their concerns in their communities and lives. We were educated on the importance of voting, the effect this current elections had of healthcare and reproductive justice rights.” 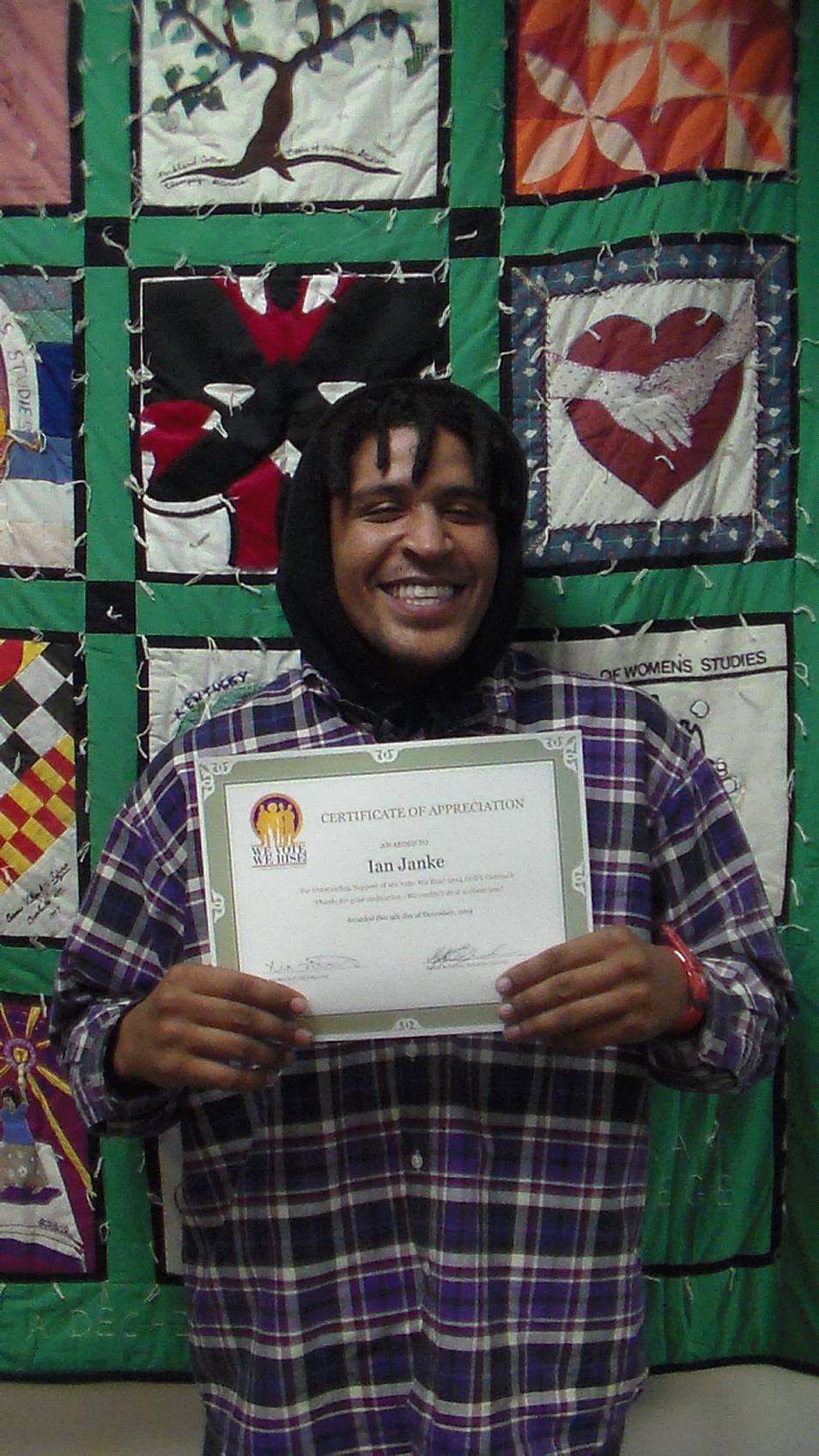 Just 6 weeks after being in the hospital recovering from multiple gun wounds due to a random shooting two blocks from his home in the Atlanta, GA, community of Old Fourth Ward, 21 years old Ian Janke joined the We Vote. We Rise! GOTV door canvassing team.  He talked to people about healthcare access, safe communities, and the importance of getting out to vote.  While this was the first time Ian ever participated in a GOTV team, registered to vote, and participate in an election, Ian shortly became a leader among his peers.  He began coaching newly hired young people and became an inspiration to the team.

As a Hip-Hop artist and DJ, Ian was able to bridge his political work with the arts as the opening act for the 2014 Rock the Vote concert in Atlanta, GA, featuring Young Thug and Rich Homie Quan.  Ian electrified the crowd inspiring his peers with his testimony and encouraging them to vote and learn about the issues impacting their communities.  Ian stated through the We Vote. We Rise! program, he learned more about current events in Georgia, gained a better understanding of the issues facing his community, and wants to stay involved in the political process agreeing that changing public policy is a necessary part to help solve societal problems.

or
Please check your e-mail for a link to activate your account.

“In the past few years, America has assaulted women’s right to choose, and today, Congress has chosen to restrict comprehensive protection for women’s reproductive rights. We are disappointed the Women’s Health Protection Act didn’t pass in the Senate today, leaving many states and by extension, women across the country, vulnerable... READ MORE »
READ ALL THE NEWS »
Donate
Subscribe with RSS